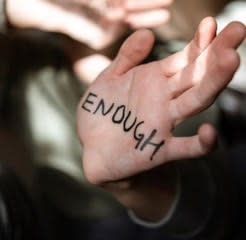 At the beginning of a divorce, there can often be a “fight or flight” response to the heavy emotional and financial stresses of the process. On the “fight” side, one or both people might take self-destructive actions such as finding the most adversarial, bomb-throwing lawyer they can, or preventing the other spouse from having access to the children or financial assets. On the “flight” side, however, a person might take a similarly self-defeating path of trying to “get it over with” and reach a final settlement agreement as quickly as possible.

Avoiding ongoing stress, uncertainty, and legal fees is a good intention, but moving too quickly – and especially doing so without the proper guidance and protections – can have serious negative long-term consequences for you as well.

Be Proactive, But Let the Essential Legal Process in the Divorce Play Out

There are three basic phases of a typical uncontested divorce (meaning one that is not resolved with a trial) in California: 1) one spouse files a Petition and serves it on the spouse, and that spouse (in most cases) files a Response; 2) each spouse prepares and serves on the other a financial disclosure called a Preliminary Declaration of Disclosure, which includes all relevant financial information relating to assets, debts, and income; and 3) the parties then negotiate a Stipulated Judgment resolving all issues in the divorce, which is then submitted to the Court for approval.

Sometimes well-meaning (and not-so-well-meaning) people want to skip to phase 3 and create a final agreement before the financial disclosures are prepared, and sometimes before even a Petition is filed which commences the case. While broad, non-committal discussions between the spouses at the start about an arrangement that will serve both their needs can be a good thing, trying to create a final agreement before phases 1 and 2 can be a very bad idea.

For one thing, state law limits the ability to enforce such an agreement if it was signed before the proper financial disclosures were served. And the state law is in place for good reason, as evidenced by our interview with Kristen Hafner of Financial Moxie about the financial minefields in a DIY divorce, particularly one involving a premature final agreement.

Hafner pointed out that it is difficult for both parties to understand the full financial picture of both their present financial situation and what things will look like post-divorce at the start of a divorce. When one spouse moves out, the financial picture will certainly change for both of them. Furthermore, where one spouse controlled the finances for the couple, it can be difficult for both spouses to understand the finances prior to a comprehensive and accurate financial disclosure, and this is especially true where one spouse moves out and no longer has physical access to financial documentation.

Hafner also stated that when parties reach an agreement before a Petition has even been filed, neither party gets the protections of the “Automatic Temporary Restraining Orders” that apply to both spouses at the commencement of a divorce proceeding. Among other things, these orders prevent either spouse from transferring or disposing of assets, thus there can be the danger of one spouse misappropriating funds before a Petition has been filed. And, again, where one spouse did not control the finances and no longer has access to them, it can be very difficult to prove that misappropriation occurred later in the process – with the result potentially being excessive attorney and expert fees out of proportion with the assets at stake.

Hafner noted that these kind of difficult situations (which often involve long periods of marital separation before a Petition is filed) often occur when one spouse is the primary caretaker for children, in “grey divorces” when both parties are accustomed to living off of retirement income/assets, or when the parties own a small business or family-owned partnership.

California law provides many standards for the issues divorcing couples need to resolve. In some areas, these principles of law can be relatively straightforward, such as community property which is to be split 50/50 and child support which is generally to be set at a state-mandated guideline (not to say there are not highly disputed facts that sometimes need to be worked out in these areas). Other areas such as permanent spousal support or child custody can involve the discretion of a judge who will look at numerous factors in reaching an outcome.

In any case, while parties are for the most part free to come to an agreement on these issues outside of these principles of law (e.g., a person can waive their right to receive spousal support), it is still important to understand what your rights and obligations are under the law before you reach an agreement with the other spouse on these issues. If you enter into a settlement agreement, and only later realize you were entitled to things such as spousal support and half of the equity in a house or retirement account that was titled in your spouse’s name, it may be too late to reverse it at that point.

In addition to consulting with legal counsel prior to entering into an agreement, it’s also important to understand what your life is going to look like after the divorce and what you will need. If you’ve never handled the finances or haven’t lived on your own in many years, it may be difficult to work out what you need in your post-divorce life from your current vantage point. Thus, it may be wise to work with a financial advisor experienced in divorce scenarios prior to reaching or even negotiating an agreement.

Remember, divorce is for many people the most significant financial issue of their life. You owe it to your future self to take the time necessary to do it properly and get the counsel and advice you need to protect your interests for years to come.

If you would like to learn more about how our office can provide guidance on any California family law issues you are facing in Ventura County or Los Angeles County, contact the Zonder Family Law Group office today at (805) 777-7740 or (818) 877-0001, or schedule your strategy session using easy-to-use online form here.

For more information on Kristen Hafner of Financial Moxie, please visit her website at http://financialmoxie.com