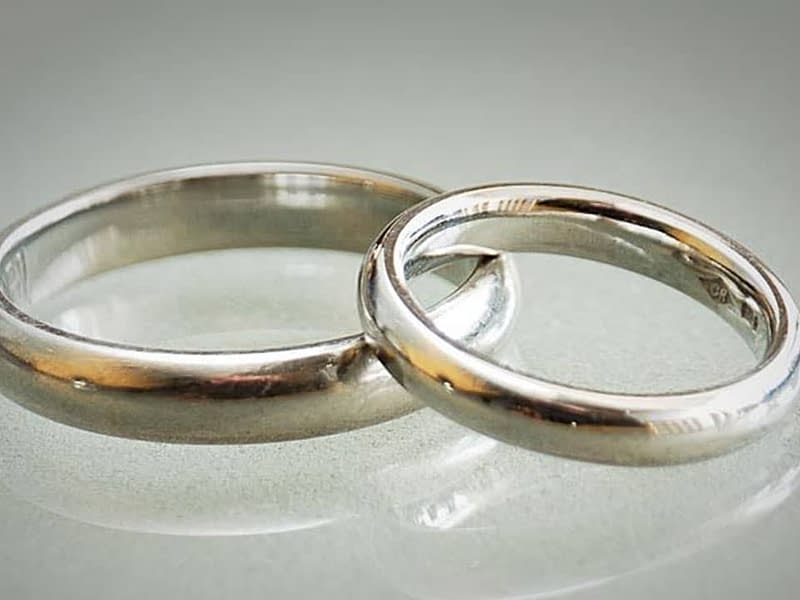 Just as the chocolate mousse and champagne arrive, Jill’s fiancé reaches under the table and pulls out a large envelope, which he sets on the table. The writing on the label is indiscernible under the candlelight, but it looks very businesslike – not a romantic card.

“Baby, please don’t take this the wrong way,” Jack says with an apologetic tone.
“Take what the wrong way?” Jill responds, pushing the chocolate mousse aside to make room for the ominous envelope.
“It’s a prenuptial agreement – actually, my attorney says the correct term is ‘premarital’ agreement – and it’s relatively innocuous. Apparently, nobody in my department has walked down the aisle without one of these. You’ll have your lawyer review it with you, and we won’t sign anything until you’re comfortable with the terms of the agreement.”

Jill is definitely taken aback but keeps her composure. After all, this is the man she adores, not to mention the man she held out for longer than some of her friends thought was prudent. Jack’s been thoroughly vetted by Jill’s family and friends, and the consensus is that he’s a keeper – solid, loyal and trustworthy in addition to all his superficial appeal. But a legal document? And a lawyer of her own? What lawyer – she’s an independent web designer for God’s sake!

The three siblings each own 33% of their father’s flourishing car wash empire. No, their father is not Bill Gates. But he does own over two dozen car washes throughout Arizona, and he doesn’t want any of his children’s ex-spouses as his business partner, in the event of a divorce. Her big brother explains to Jill that it’s particularly an issue in her case since she does all the web design for the company’s online marketing. Because all of your “skill, time and effort” belongs to the marital community—if you don’t have a premarital agreement that states otherwise—Jill’s husband acquires an interest in the very lucrative family business for every minute Jill devotes to even the most minuscule of tasks involving the business.

And so it begins.

In between negotiating with the wedding florists, dress designer, and photographer, Jill meets with the California attorney who her father’s financial advisor recommends and learns the nuances of a “fair and enforceable” premarital agreement. As surreal as it felt when Jack slid that envelope across the table, Jill starts to appreciate the education she’s getting on property ownership, financial planning and, perhaps most importantly, how a well-done, reasonably fair premarital agreement could save her and Jack a fortune in legal fees and a lot of aggravation if they were ever to split.

Jill’s circumstances are unique, as is the case with every premarital agreement but there are some common threads.

Suspicion and Resentment are common

Community Property or not?

Another positive feature of premarital agreements is that they can be tailor-made to fit the circumstances of your life. For example, a couple might want almost everything to be community property – their earnings, retirement accounts, investments. The exception being that the wife wants to keep a vacation home that’s been in her family for years to be inherited by her children from a prior marriage, even though she and her second husband live in the vacation home several months every year and he pays the property taxes and maintenance on the property. This can be accomplished by a premarital agreement and even done so in a manner that is fair to the husband by, for example, the wife’s children reimbursing him when their mother passes for the property expenses he has covered.

Some people want to keep their earnings, bank accounts, taxes and all other financial elements of their life separate during marriage. I have seen this occur most often with people who marry later in life and have long-established careers and financial portfolios. They see no reason to change the financial aspect of their lives. However, without a premarital agreement, the law could indeed change the ownership of their property once they were married, despite the couple’s mutual desire to keep things separate. For example, in a community property state like California, each spouse’s earnings during marriage automatically belong to the community; with a premarital agreement the couple may simply override California law and each keep their earnings as separate property. (2)

2. Transfers of assets during marriage are likely to strengthen the enforceability of a premarital agreement because that leaves the receiving spouse in a better position. And such transfers are tax-free, as long as the tax returns account for the transfers properly.

3. The surest way to tank a premarital agreement is to show that your fiancé did not fully and accurately disclose all of his or her assets. If full disclosure did not occur, the agreement is more likely to be thrown out.

5. There is a statutory rule requiring that each party have the final draft of the agreement for seven days before signing the agreement. Further, the agreement must be notarized. And, of course, each party should keep an original copy of the premarital agreement in a safe place! I recommend keeping a copy of the Agreement with original signatures in a safe deposit box or somewhere else that you keep important documents like birth and marriage certificates.

So don’t despair if a prenuptial agreement casts a dark shadow across your candlelit dinner. Take a deep breath and find yourself a competent attorney who can help you devise a strategy for protecting your interests in the long-term without alienating your beloved. It doesn’t have to poison the excitement of a wedding. In fact, I have found in helping many people enter into a premarital agreement that it’s a good thing to embark on your life together knowing what the other’s intentions are with respect to things like property one of you acquired before the marriage (such as a home, art or other valuables); whether earnings will be shared; who will inherit your separate property (especially if one of you has children from a prior relationship); and even how your money will be spent, saved and invested during the marriage. Making compromises and resolving these issues prior to marriage, prevents either one of you from feeling sandbagged once you’re married.

In short, grin and bear the tension that a premarital agreement may cause and think of it as an insurance policy against wasting precious time and money if you ever were to divorce. Better for you and your spouse to have reached a financial bargain with one another while you were looking forward to spending the rest of your lives together. Rather than leaving your fate to lawyers and an unpredictable family law judge in the event until death do you part is not your destiny!

(1) As a matter of policy, people cannot enter into a contract which relieves them of their obligation to support their children. Custody also cannot be determined by a premarital agreement. Hence, the risk of a dispute on those issues cannot be avoided by contract, but rather, must be resolved at the time of divorce.
(2) Premarital agreements are different than other contracts when it comes to enforcement of spousal support waivers. A court will look at the effect of the waiver at the time one party is seeking to enforce the agreement, and not enforce the waiver if it would be “unconscionable” to do so at that time, regardless that the parties agreed that the waiver was fair when they signed the premarital agreement.
(3) I recognize that, in some situations, that is a tall order but all the more reason to stay the course and secure yourself a premarital agreement that doesn’t cause you angst during the marriage.