Assets are looked at in various ways during divorce proceedings. A lawyer can help you with any asset issues you face; in the meantime, the following should give you some general idea. 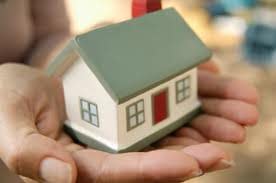 The way that the assets may be valuable to a specific person is called synergistic value. This refers to the fact that one person may pay more for an item because it benefits him or her economically. For instance, a divorcing couple may own a table that was formally owned by a movie star who died mysteriously as that very table. If one party in the couple owns all the other pieces in the dining set, he or she knows that completing the set will give it increased value on the whole. When such incidentals become a focus of dispute a lawyer may be able to help.

To have divorce proceedings taken care of quickly (or sometimes due to a lack of information), one or both parties is allowed to estimate how much assets are worth. The guesses can be educated ones, but they are not always. Let’s pretend that, in the case of the couple above, the husband is unaware of the table’s value. Not wanting to contest the matter, he thinks it’s worth half of what the couple paid for it. This is why estimates undertaken by an uninformed party can be used to extract revenge against such a party later.