Valuing Collections for a Divorce 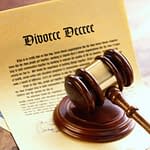 Valuing collections for purposes of divorce may best be done by an appraiser. Collections include items such as stamps, coins, jewelry, and art. Many subjective factors are involved in valuing collections, such as the condition of the items in the collection and current fads. For example, baseball memorabilia can become more expensive if the athlete is inducted into the Hall of Fame.  An experienced divorce lawyer can help you with your divorce and get the best possible settlement.

When valuing collections, people tend to mix up purchase price with fair market value. Some collections cost a lot of money to acquire but may have little value when actually put up for sale. For example, some people purchase decorated plates on a subscription basis, whereby every few months the purchaser receives a plate. Purchasers may think that these plates increase in value over time; however, the plates may have become less valuable as production of the plates substantially increased.

A collection’s low value may become a heated issue during property division. In one case, a wife had been collecting glass figures for many years. An appraisal determined that the value of the collection was less than the cost of shipping the figures to a purchaser. In other words, it would cost more to sell the collection than to throw it out. The wife had spent thousands of dollars to acquire the collection, so the husband argued that he should be credited that amount in the property division. The wife, surprised by the valuation, argued that the husband also purchased worthless things during the marriage and that she should be credited for those amounts. A divorce attorney explained to them that generally the value used in divorce proceedings is the fair market value, not the purchase price. The attorney further explained that not every purchase goes up in value. People often lose money by collecting even when they intend to make money and the value of the items seems high when they are purchased. Wine collections may also need to be handled specially since some collections may best be sold bottle at a time rather than at auction. Zonder Family Law can work with an appraiser who has expertise with your special collections.

For assistance in handling collections during a divorce call divorce lawyer Lisa Zonder today for a consultation.